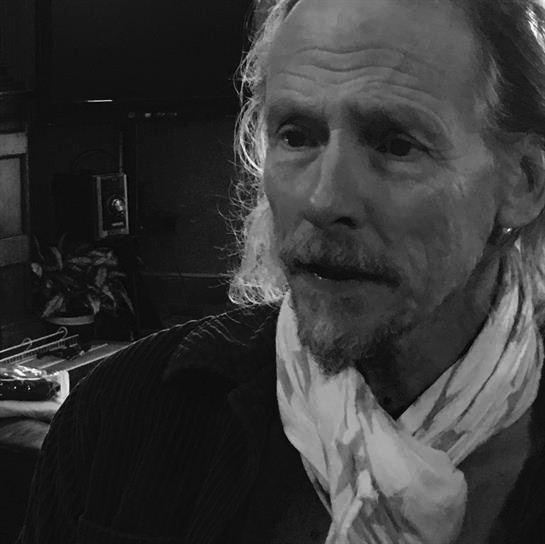 According to his family, Captain Clark logged many years walking the streets of Newport, RI. His urn has a lettered carving and replicates the colors of a stormy sea. The lid is turned on a lathe, and resembles a hat that the Captain frequently wore, and the “finial” is a found object of rusted metal.. When Captain Clark’s sister received his urn, she loved the finial. Apparently her brother collected metal objects from the streets of Newport!

Scroll through these photos to see some of the details of this urn.